Nomadic in essence, oriental dance was inspired by the culture of the various countries it traversed. It took from each of them the basis of its structure. To enrich the artistic vocabulary that takes us back to the origins of the dances known as oriental, my commitment is to create performances that will give an understanding of the cultural and artistic diversity of oriental dance with all its ramifications, thus providing reference points for its nomadic nature.

Through the refinement of her performances and the creativity of her choreography, Leila Haddad has caused oriental dance to be recognized as a major art form, far removed from clichés. Leila Haddad is a pioneer, she has revolutionized oriental dance, in the same way as Loïe Fuller, Ruth Saint-Denis and Martha Graham did for other forms of dance, and most especially Isadora Duncan who freed the body and movement, thus announcing the freedom of modern dance to come; as also did "La Argentina" who led the way in bringing flamenco to theatre stages. Leila Haddad is of this calibre. The great star with the queenly bearing has succeeded in making people aware that oriental dance is a major art form. And since the mid-80s she has been the incarnation of femininity on theatre stages all over the world where people either knew nothing about or spoke disparagingly of this art commonly referred to as "belly dance". She has achieved recognition of the term "oriental dance", which in Arabic is "raqs el sharqi", and she has succeeded in bringing this dance out of the Arab-Berber villages where it remained hidden away, and she has taken it away from the cabarets where it was losing its soul.

By bending the rules and only dancing on theatre stages, temples of the modern age, Leila Haddad has set oriental dance on the royal road to worldwide recognition. She writes choreographic pieces that she performs solo: these performances are programmed by theatres on 5 continents. She meets with her audience to discuss her dancing and the history of oriental dance. She is invited to give lectures and to participate in symposiums – at the Sorbonne, the Arab World Institute, the Senate – on themes linked to women, to the dancing body, to women in the Arab-Berber world, and modernity vs. tradition. She contributed to the symposium "Women's Voices" organised by the theatre Haus der Kulturen der Welt in Berlin. Leila’s performances are not ethnographic, rather, she draws inspiration from the original and ancient dances, she creates links between the past and the present, between oriental dance and contemporary dance. She has a global and pioneering approach to oriental dance.

Since Isadora Duncan, contemporary dance has acquired structures, and has raised public awareness. Leila Haddad initiated the movement for oriental dance by opening classes and developing a methodology for the training of dancers. She travels the world to give dance workshops. Leila Haddad opened the first oriental dance class in Paris in the mid-80s: a challenge at a time when this dance suffered from a total lack of understanding or appreciation, not to say a certain disdain. Leila Haddad decided to use teaching as a way to bring the thousand-year-old richness of her Arab-Berber culture to the awareness and recognition of the general public.In Europe, dancers discovered a new continent: their own body. Oriental dance scorns western canons of beauty; it is for people of all ages. As part of her global approach, Leila Haddad also undertakes historical research on dance and travels to the countries of North Africa, Sub- Saharan Africa, the Middle-East and Asia, among others, in search of rare dances.

DANCE - THE HEART AND SOUL OF LEILA HADDAD

Acclaimed all over the world for the elegance of her choreography and her perfect mastery of oriental dance, Leila Haddad has achieved recognition of this discipline as a major dance form, inspiring callings and careers around the world.

Less well known is the fact that Leila, whose fluid, rippling and swaying movements have often led to her being described in the press as the “high priestess of oriental dance”, was also an ANC militant. She was politically active as a student, choosing “Black Panthers and Malcom X” as her Master's thesis. Her stage career began in London with the Zulu Theatre. She travelled all over Europe with this multicultural theatre company of young artistes from a dozen different countries, playing, dancing and singing to denounce the apartheid regime in South Africa at that time.

She left London for Paris where she continued to pursue her political activity through performing with the Zulu Theatre units in London, Berlin, Amsterdam and Paris. She established her first dance classes in order to raise awareness among the public about this form of dance. She is a pioneer. Leila has always sought to achieve recognition and acknowledgement of the much maligned oriental dance as a major art form.

At the same time, she began her career as dancer and choreographer and created a dozen choreographic pieces, that she performed either solo or with her dance company, thus gaining entry to theatres, which she likes to call “my new temples”.

Leila Haddad has danced in theatres from London to Los Angeles, Berlin to Oslo, Hong Kong to Singapore, Carthage to Beirut... She is on the official circuits of theatres around the world and undertakes frequent tours.

As a way to highlight her political activity at the beginning of her career, and without in any way compromising the spirit of oriental dance, Leila Haddad used her new choreographic piece “The Belly of the Mountain – Dance with the Dreamers” in order to make a strong statement in support of the ongoing struggle of Afro-Americans.

She evokes and interprets some of the main events in Afro-American history, using visual effects and iconic images to illustrate the struggle against segregation and violence, and for freedom of expression. Painful images that resonate with recent events.

She explains why she chose to call her new creation “The Belly of the Mountain - Dance with the Dreamers”: “My intention is that my dance be a kind of dream-catcher to raise people's awareness. In Ancient Egypt, the belly of the mountain was the supreme source of Truth.”

“Images of a utopian world through movements that are universal, spring from my inner being. Movements are “oriental” in nature because of their cultural origin, but are completely contemporary and uniquely able to generate dialogue.”

A universality is also apparent in the singing and sound effects of the show and in the eclectic musical choices ranging from Ahallil of the Moroccan Desert and the Last Poets to musics from Egypt and Billie Holiday.

Leila is internationally recognised as THE star of oriental dance and has performed in theatres around the world, from London to Los Angeles, Cologne to Oslo, Carthage to Paris, while also teaching oriental dance.

As a young woman, Leila began her stage career through an encounter in London with Senegalese students who founded The Zulu Theatre. She played, sang and danced with them in plays against apartheid.

Several units of The Zulu Theatre were set up in Berlin, Amsterdam and Paris. She chose to pursue her studies in English and Italian literature in Paris, as well as at INALCO where she learnt bambara, and frequently visited Mali, a country “I fell in love with”.

She pursued her work with The Zulu Theatre in the Paris unit, under the direction of Amadou Gueye, which then became The Barkane Theatre, and continued to pursue the struggle against apartheid.

She also presented her Master's thesis entitled “Black Panthers and the Figure of Malcolm X”.

Around the same time, in 1984, Leila danced in “Othello” produced by Hans-Peter Cloos and she also appeared on screen in "The Veiled Man" by Maroon Baghdadi and in "La Goutte d'or", a film by Marcel Blüwal where she plays the role of the dancer Zobeida.

n 1988, she was commissioned by Alain Surrans to create a choreographic piece on the theme of Salomé for the Festival of Lille, "The Dance of the Seven Veils" with music and arrangements by Julien Jâlal Eddine Weiss and the Al-Kindî ensemble.

Following on from this came a rich vein of other choreographic pieces which were staged in many countries :

In 1992, the Théâtre contemporain de la Danse, in collaboration with l'Institut du Monde Arabe (Institute of the Arab World), commissioned two pieces, "Rouh" and "In Search of Tanit", as part of Danses Contemporaines et Orientales (Contemporary and Oriental Dance encounter).

In 1993, she performed the first version of "In the Trail of the Ghawazee" with Les Musiciens du Nil (The Musicians of the Nile) at the Tempodrum of Berlin and at MuTh - Konzertsaal der Wiener Sangerknaben in Vienna, and at the festival of Oriental Dance in San Francisco. She toured extensively with this choreographic piece all over the world.

In Paris, "Aquarelles" was premiered at the Théâtre du Rond Point.
"L'Orient d'une Danseuse - Rêveries sur le Nil" (The Orient of a Dancer – Dreams on the Nile) was premiered at the Institut du Monde Arabe, followed by the Culturegest in Lisbon and other theatres around the world.
"Nomads" was performed at the Café de la Danse in Paris as part of the Estivales festival.

In 2000, she premiered her creation “Zikrayat” at the Théâtre de Mogador in Paris, as a hommage to Om Kalsoum.

In 2015 a new creation, “The Belly of the Mountain – Dance with the Dreamers”, was staged at the Théâtre de Colombes.

Since that time, there has been a multitude of festivals and tours around the world with “Zikrayat”, and also solo performances in Sweden, Denmark, Slovenia, the Republic of North Macedonia, France, Italy, Tunisia, New York, San Francisco, Los Angeles, Singapore, and the list goes on...

Leila Haddad has also been called upon by many countries to teach oriental dance, and also to train teachers, in Europe, India, the United States of America, China, Japan, Hong Kong, Malaysia, etc. 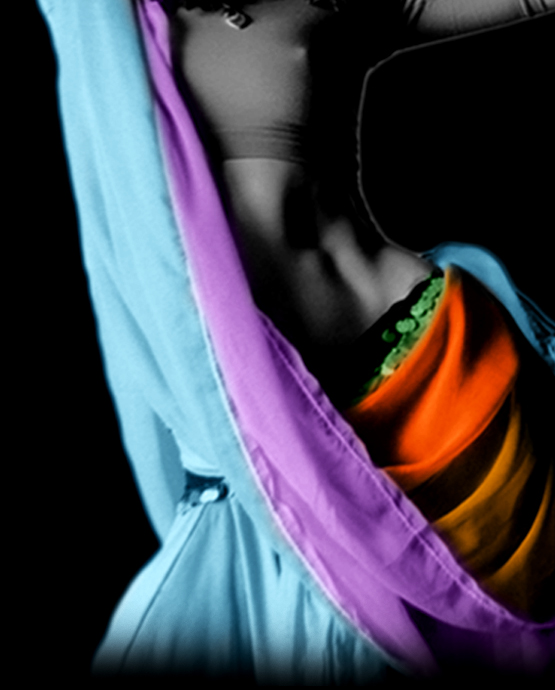